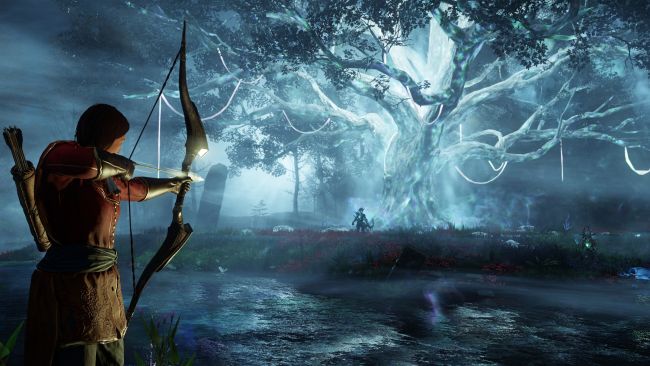 Amazon had a lot riding on the success of "New World." The world-conquering company has been trying to get its gaming division off the ground for years and has encountered multiple problems during those attempts. Games that cost millions of dollars have either been aborted or withdrawn after launch. Members of staff who were supposed to make a world of difference after joining the company achieved nothing. Amazon has been back to the drawing board countless times, but it was pretty sure it had what it was looking for this time. The MMO market has never been hotter, and "New World" was supposed to be the MMO to end all MMOs. Instead, it might ultimately become the MMO that ends Amazon Game Studios.

It’s clear from the headline of our article that the tone of this article is mostly going to be negative, so we’ll try to add a little balance before we go any further. Not everybody dislikes that game. Some of the early reviews were positive. It certainly caught the attention of players - so much so that Amazon’s servers struggled to cope with demand. Hundreds of people tried to log on at once, resulting in queues that lasted for hours. Some reports say that half a million people were playing it simultaneously through Steam two days after its launch at the end of September. Those are big numbers. The effect of the influencers that Amazon paid to promote the game can’t be underestimated, but a significant amount of that traffic must be organic. That’s not a small achievement.

For more cynical reviewers, that's where the positivity stops. Polygon, the same website we linked to earlier for the report about server demand, scathingly described "New World" as "not new, and not a world." That's the kind of memorable review that's likely to stick in people's minds as they weigh up whether or not it's worth investing in the game. Almost every review is unanimous in appreciating the stunning beauty of the game (and the damage it's done to graphics cards all over the world), and there's plenty of praise for the numerous voice actors involved in the project. Where "New World" falls down is on the staples of what makes an MMO great - the amount of content and the quality of the quests. Amazon had years to get this right, but the lack of depth is already leaving many players frustrated and wanting more.  The production values are sky-high, but they didn't produce enough content to apply those values to.

Forbes - which isn't generally noted for its provocative opinions about video games - is far more caustic than Polygon. In their reviewer's eyes, the quests that "New World" asks its players to embark on are so generic and dull that they come across as a parody of the genre rather than an earnest creation. It's evident that the reviewer has invested considerable time in the game, grinding their way up to level 25. In that time, so he says, he's repeated the same actions so often that they all feel the same regardless of whether they're main story quests or side quests. Five different types of quests are highlighted in the article - choose from several highlighted objects, search through treasure chests, find journal pages, kill a specific number of enemies, or kill a boss character. If you can find a quest in "New World" that doesn't involve any of those activities, you're doing better than the reviewer or us. Five different activity types would be enough for a linear single-player game, but experienced MMO players - the types of player that Amazon hopes to attract to this game - are used to getting more.

This brings us to the supposed main narrative. Supposedly there's one big story linking everything that happens in this enormous world together. If there is, it's doing a very good job of hiding so far. The pages of the journals you find are supposed to explain the story to you, but many of them repeat the same details with a few details and names changed. Without wanting to spoil anything for anyone who hasn't played the game yet, it's "Resident Evil" in a wider fantasy setting. There was a plague in Hartham. Everybody turned into zombies. Nothing you're likely to read on any of the journal pages will tell you anything beyond that - you simply get different individual perspectives on the same event. For a game in which you can theoretically go anywhere and do anything, it doesn't feel like there's a lot going on.

Broadly speaking, there are two types of MMO. There are "theme park" MMOs, where the plot takes precedent, and side quests happen around it, and then there are "sandbox" MMOs. With a sandbox MMO, the game provides you with the basics, and from there, you're expected to set your own objectives and create your own entertainment. "New World" was marketed like a theme park MMO but plays more like a sandbox MMO. It's not quite "Elite: Dangerous," which is the most sandbox-y of all sandbox MMOs, but a few cutscenes, memorable characters, and interesting things to do would have made a world of difference here. Perhaps they will be added further down the line, but not having them at launch definitely hurts.

Amazon wants to be the jack of all trades. It's already the biggest mail-order company in the world, but through Kindle, it also feels like the biggest library, and Amazon Prime has given it a foothold in the world of television and entertainment. It reminds us of an online slots website trying to compete against other online slots websites. There comes the point where you can't beat your competition by adding more online slots because you already have hundreds, so you add other elements instead. Perhaps you offer live table games or video roulette. Maybe you specialise in cards and slots and attract players that way. That's how the best online slots sites stand out in a world of thousands of them - more strings to the bow. Amazon has been trying to add the gaming string to its bow for at least a decade. This ought to have been the game that finally broke through for them. After the initial surge of interest fades, we have a nasty feeling that it won't be what they wanted it to be.