What is Esports? A Quick Guide to Competitive Gaming

Welcome, sports bettors! Are you tired of betting on the same old sports? Is football, basketball, horse racing, darts, or what have you, just not cutting it anymore? Do you feel the need to bet on something new and exciting? Then look no further as we might have the answer you're seeking, and that is none other than esports!

But what exactly is esports? Well, the short answer is that esports is competitive gaming on a grand scale, with teams of professional gamers duking it out in huge arenas filled with thousands of fans. But, wait a minute: how can playing video games be considered as sport? And how does one even play video games competitively?

Whilst the idea of sports has become tied to physical activity, competitive gaming has become known as "esports" thanks to the genuine and immense amount of skill, practice, effort, experience, etc., involved in playing competitively; in fact, professional players spend many hours a week practising, and all of them have years of experience in playing.

Playing competitively might seem like an odd concept, especially since most games are created for only one player to play; however, the idea of competitive gaming isn't anything new, and it has actually been around since the 70s. In fact, certain games have been developed with multiple players in mind, mainly to simulate friendly competition.

Moreover, competitions in the past generally tended to be between amateurs in LAN gaming centres, internet cafés or even specialised LAN arenas. It wasn't until the late 2000s that competitive gaming was being taken seriously, with some players even making this their full-time occupation. By the turn of the decade, esports began blowing up.

In fact, it proved so popular that game developers began actively developing games for the sake of these competitions, and even began sponsoring the competitions and competitors themselves. By all accounts, esports seems only to be growing more and more. So, what are you waiting for? Go and join in on the esports fun! 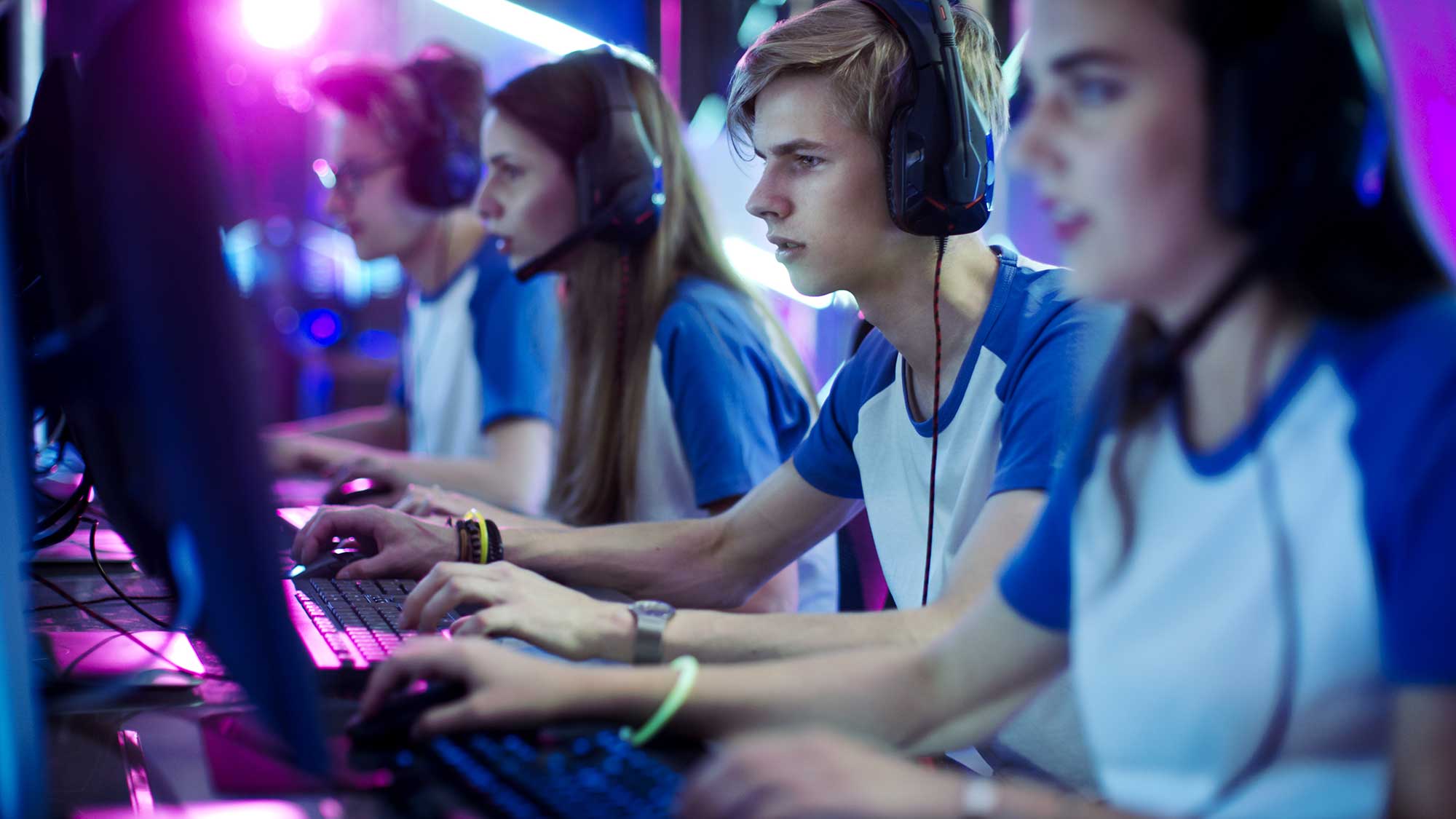 Of course, as is the case with regular sports, where some sports are simply more popular than others and thus get bet on more, the same applies to esports; that is, some games prove to be more popular than their brethren. While you should bet on whichever game you like, betting on popular games guarantees a good time! So, here's a short list of the current most popular games in esports:

Now that you know what esports is, and which games are the most popular, the next step is to get into how to bet on esports, which is a simple matter. However, you might be thinking that this whole esports thing is pretty niche, and that there's absolutely no real reason to even bother wagering anything on it.

That couldn't be any further from the truth, friend! In fact, esports has pretty much blown up in popularity, so much so that Newzoo, a games markets analytics company, predicts that by 2021, the total audience watching esports will amount to 557 million viewers. By comparison, the 2019 Champions League final between Liverpool and the Tottenham Hotspurs had 11.3 million viewers.

All that's left for us to do in this section is to tell you how to play bets on esports; it's really easy, actually, and no different from how you've placed bets on sports teams before: you simply play wagers on the odds offered (which work the same way as they do with regular sports), and you're good to go! Otherwise, if you're feeling a little adventurous, you can also play some alternative bets!

Where to Bet on Esports: the Best Betting Markets Around

First up on our list is an obvious choice for those readers that are even a little savvy when it comes to their sports markets, and that's Bet365, one of the greats when it comes to sports betting. Bet365 offers a lovely little welcome bonus, that bumps up your deposit by 100%, up to £100, an astoundingly massive selection of sports markets, an easy-to-use, user-friendly website, and more!

Our second entry goes to Betway, which is another obvious choice as it has established quite a name and reputation for itself in the years it's been operational; 14 years, to be precise. With all those years in the business, you know you'll be getting your money's worth when betting at Betway. In fact, their sportsbook is crammed to the full with available bets, and that's not mentioning their 100% free bet welcome bonus!

Next up is none other than Energybet, Energy Casino's dedicated sportsbook; Energy Casino is a pretty reputable name in itself, so having a sportsbook operated by the same minds behind the operation at Energy Casino is pretty great. Energybet offers a host of available sports markets to bet on, as well as a host of great promotions to benefit from, including their welcome bonus and their weekly bonuses!

Last, but surely not least, we have Skybet, which is one of the most famous bookmakers on our list, considering they're related to Sky Sports, and the like; or at least they were before Sky Group sold off the rights for Skybet to The Stars Group; but, enough of that, let's get back to the fun: Skybet offers a massive array of sports markets, and also a crazy amount of promotions waiting for players to redeem them!