Is there a way to restrict a guild member from seeing a particular forum? I looked at group permissions but that doesn't seem to affect the basic 'is member' on each userid. I have someone who is a member, but I want to bar them from seeing a 'members can see' forum.

I think if you put them in a specific permission group .. it depends which way round you want to do it.

For example I have three types of forums .. one is public, one is for members (ie, the majority) and one is for officers.

I've set it so that anyone who is accepted as a guild member (ie, they fill in an application form on the site which is accepted, or they use the "launch code" to become a member, or I make them a member manually from the visitors list) is automatically added to the "member" permission group.

So it's not so much being able to restrict one person from being able to see forums, as allowing them access to them.  What you could do is put everyone who you want to see those forums into one permission group, and the member(s) who you don't want to see it, in a different group - then just change the forum you don't want him/her to access to a private one (I'd go hidden, as well, so they can't even see it's there).

Or you could always just remove them from the guild on the website (and change the launch code if you use one) to allow them then only "public" access.

I'd suggest that if you have a guild member who you don't want accessing your guild forums, they perhaps shouldn't be in your guild?

Yeah, they got made member by accident. I'm just going to remove membership, but it made me think. I tried looking at making a new group, but that permission group didn't seem to hook up correctly with the forums. I guess its the privacy on the forum that gets things into gear and makes them appear in the drop down.

sorting out permission groups for forums is a kinda two pronged thing.  Obviously you need a forum that you want to restrict access to .. and you need to make it Private. 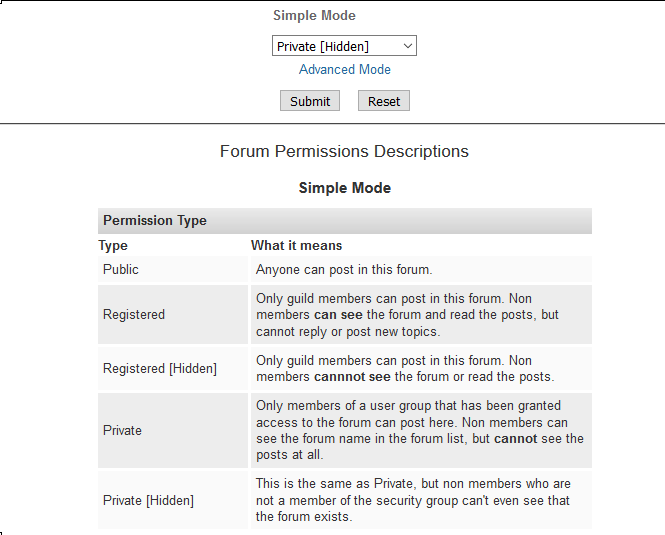 Then you need to go to permissions and add a permission group (or amend one already there), then add modify the permissions under the Forums section: 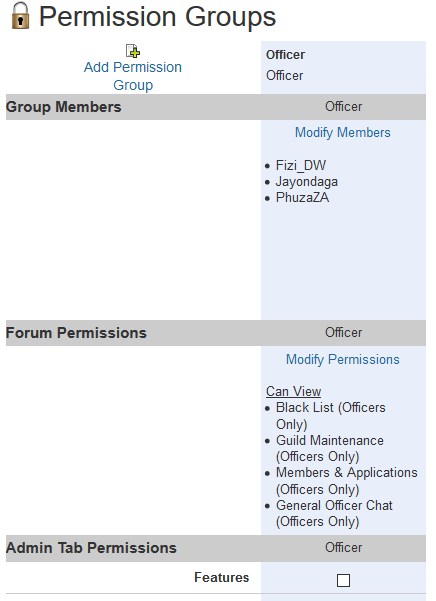 In the "Modify Permissions" section is where you pick which forums they can see (from the ones set to private) and what they're able to do in them: 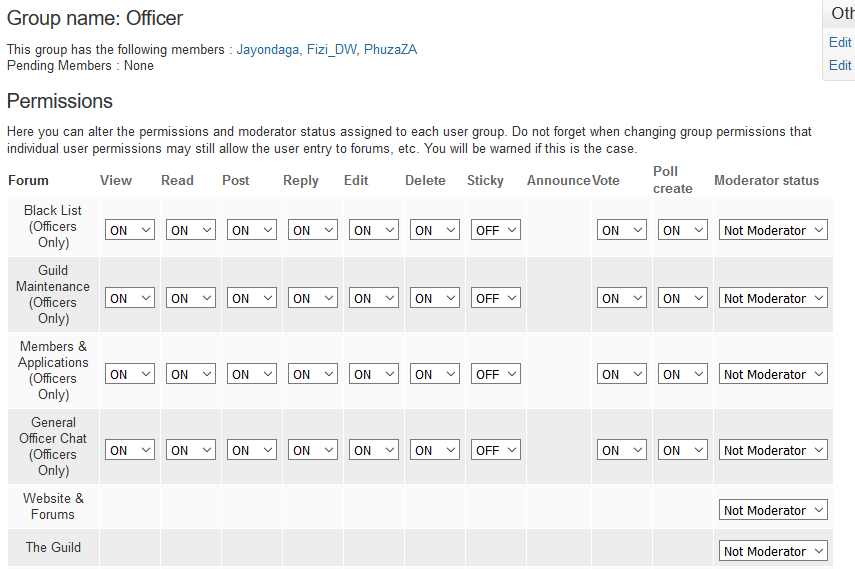