You’ve all heard the news by now: North American team Evil Geniuses won the Dota 2 International tournament on Saturday. Their victory earned them a whopping $6.6 million prize. The event garnered a lot of attention across sports and gaming outlets alike.

The International 2015 was a big deal for a lot of reasons – a record-breaking $18.4 million prize pool, lots of upsets in the brackets, and action-packed matches all tournament long. But in the larger scope of things, the Dota 2 TI5 reiterates something we’ve all known for a while: eSports is gaining some serious traction – not only in the gaming community, but in the world of sports as well.

Every eSports fan has been told that eSports aren’t real sports. “Real” sports fan scoff at the idea that teams are getting paid to play video games. But the evidence is stacking up against them. Tickets for big events are selling out on day 1, as was the case with the League of Legends World Championship Series. The prize pools are getting bigger: Dota’s TI5 (and the TI4 last year) had higher payout than the Super Bowl and the Master’s golf tournament. The viewer base is growing: League of Legends’  World Championship Series peaked at 8.5 million viewers last year (with 32 million total), which is more than the NBA Finals or the World Series had in 2013. 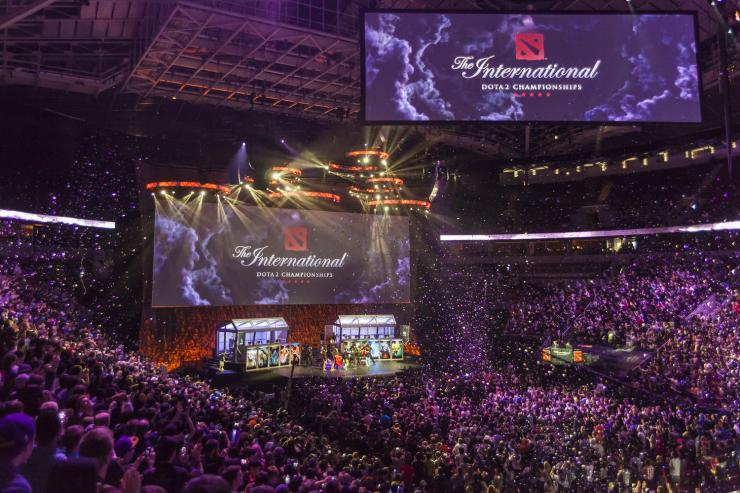 And the final nail in the proverbial coffin is that eSports are getting more mainstream attention than ever before. ESPN has started broadcasting big events like The International on its secondary TV channels and online. News media outlets like Forbes and The Boston Globe are picking up eSports stories on the regular these days.

The eSports craze doesn’t look like it’s going to slow down anytime soon, so what can we look forward to next? We’re only a month away from the group stages of this year’s World Championship Series for League of Legends, with the finals slated for mid-October.
In the meantime, why not enjoy being a part of such a fast-growing community? Grab a team (or find one on Gamer Launch) and queue up for some matches. You’ll be glad you did.