So you wanna host an eSports tournament?

Maybe you’ve heard about the money that Valve made off their DotA 2 tournament, the International. Maybe you just want to try and do some regional organizing for your local school. Whatever the reason, you have eSports tournament fever.

This article is going to focus on the small time basics for starting up your own eSports tournament.

Getting the Community Involved

The key thing with an eSports tournament is that you’ll want the community to be involved. If you just wanted it to be you and your buddies playing Starcraft, you could just have a LAN.

Reach out to the specific community you’re trying to reach on social media; find your players on Twitter, Something Awful or Reddit, wherever they may reside, and find out what they’re looking for in a tournament. Are you a part of a community group inside of your game, either a guild or clan? Find a hook for your tournament: are you the first SMITE tournament in Central Kentucky? Is your prize a new Corsair Vengeance keyboard? Are the proceeds from your tournament going to help build wells in Africa? Find out what is important to your community (and to you) and build your tournament around that.

You’re a part of your game community or else you wouldn’t be building a tournament, so talk to other people who are excited about what you’re excited about.

Keeping it Virtual or In-Person

Not all eSports tournaments involve big sound stages and shouting casters standing around in great suits (I’m looking at you Bruno Carlucci). For a smaller event, it might make sense to keep your event remote — online eSports tournaments are a great way to keep things casual while not dropping into ranked queue against unknowns.

If you’re thinking about going virtual, you might want to check out Gamer Launch’s new eSports functionality, which allows you to put together Scrims with your own team and pair them off against other teams. Gamer Launch supports eSports functionality for any game, including the Big Five (League of Legends, Heroes of the Storm, SMITE, DotA, and CS:GO). Players of the Big Five have the added benefit of being able to share their game stats on their profiles. You can then cast your games on Twitch. Going with an online eSports tournament allows you to cut costs and reach people who may be isolated from you by greater distances.

If you’re trying to keep the event regional, both in terms of scope and teams, then a big part of your budget will need to go to venue. An eSports tournament can be quite long — so whatever space you’re using will need to be rented out for the duration of the day. Take League of Legends matches: matches can average about 30 minutes, and if you have just 8 teams in a double elimination setting you’ll have 14 different matches throughout the day. Sure some of them can run concurrently, but that’s still a day’s worth of matches. If you are planning an even larger event, you’re looking at a full weekend rather than a single day event.

This can be a great opportunity to partner with local businesses — like movie theaters or convention centers — local comic conventions, or with local colleges. Several colleges now have eSports teams, and others might be open to helping host a tournament (at least in terms of lending space) if you’re open to having college students participate in your tournament.

Let’s break it down by the numbers

For the folks at Unknown Worlds, the people behind Natural Selection, hosting their World Championship tournament cost them about $65,443. This might not seem like a lot if we’re talking traditional eSports events, where League of Legends is selling out the Staples Center, but for a small developer these costs can really add up. If you’re coming at this from a more casual player angle, than that number is terrifying — you can buy a Maserati for that price.

Most regional tournaments are not going to be that size, so you don’t have to worry about those kinds of numbers.. For the purposes of this example, we’ll talk about trying to arrange a MOBA tournament. As we talked about earlier, you could do 8 teams with double elimination, something similar to the Solomid Invitational.

Teams don’t participate in these tournaments for free, so you can collect a marginal fee. For ease of counting, we’ll say $10 a person or $50 for active players (discounting any subs that the teams might have waiting). $50 a team gives you an operating budget of only $400 — which is just enough to cover the cost of a venue (maybe) and not enough to cover extraneous costs — like whether or not you’d feed your teams, prize money, security or casters. You might be able to get a bit of money off of ad-revenue from any Twitch stream you might be running (there’s a great streaming breakdown on how much you can get for ad blocks), but that depends on how big you’re going and how much interest you can wrangle. If you’re going to have an event that isn’t BYOC, you’re going to have to foot over even more money to supply computers for your teams (unless you’re planning on having the event at a location with ready computers).

There are a couple of obvious solutions to this problem: 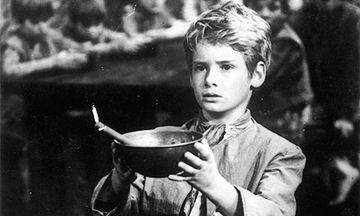 This is the hard part. If you want a good eSports tournament, you’re going to need sponsors. Say you want a $2000 prize pool, to be split among you tournament’s players. First you’ll need to pay for the venue, any sort of casters that you might have, any catering for the event — all the sundry details. Then you can have a prize pool. You’re probably not going to accumulate it from the players themselves, and you’re probably not going to recoup all that much money from the viewers of the tournament.

If you’re doing an online event, these costs go down substantially, but assuming you are running a physical eSports tournament they are present.

So you’re going to need to find yourself some sponsors.

In my experience with running events, food is often the easiest: there’s a good chance you’ll be able to cover event catering with a food sponsorship (or donation if you’re lucky enough to run a 501C3 or 501C6). Talk to local spots, especially ones you frequent, and see if they have any interest in getting their name out on Twitch and social media by helping out your event.

Reach out to local tech companies and see if they’d be willing to sponsor your event. Be willing to cede control over the name of your event to the person willing to pay the most. It might seem cheap, but there’s a reason most major stadiums are named after companies and not cities or people (Smoothie King Center, Staples Center).

Another route to go is product sponsorship through gaming peripheral companies — think Razor, Corsair, etc. It might seem daunting to reach out to a company of that size and ask for some level of sponsorship, but here’s some basic advice:

These are another type of sponsorship that, especially for an eSports tournament, are more likely to send you physical product rather than send you cash. This can be great for potential prizes for your event, or for outfitting all of the computers in the area (especially if the event is not BYOC).

Be Ready to Sweat the Small Stuff; It’s Worth It

By this point, you might be thinking: “hey, this doesn’t sound fun at all.” That’s because putting together a tournament is work.The key to event planning is to be ready to have a real attention to detail but to also be willing to let things slide. Well planned, but flexible at the same time.

Keep a binder of the day’s events.  Bring an extra pair of socks to change into halfway through the day (this sounds like a joke but it totally isn’t). Make sure that you have online back-ups of all of your information and every person that is supposed to be on the ground the day of. Drink plenty of water.

Rome wasn’t conquered in day. You can run an eSports tournament.

One thought on “How to Host an eSports Tournament”