Every guild is built on a foundation of trust. That doesn’t mean that all of the guilds in all of the games deserve that foundation; there are several wherein that trust begins shaky and never really solidifies. Those don’t last long. But trust is what enables guilds to start and keep working, and the destruction of trust is always what ultimately leads to the dissolving of guilds and the scattering of members.

Trust in what, though? Everything.

In order for a guild to work, I have to believe that the officers received their position due to skill and they deserve their status, that event organizers will show up when events start, and that the leaders won’t simply yank every resource out of the guild bank and head for the in-game equivalent of Mexico. It’s based on a shared understanding that everyone wants to be in a guild and working together. And when that trust erodes, things get really ugly, really fast. 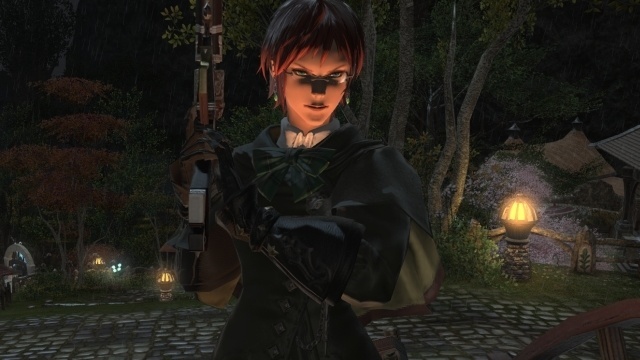 The erosion of trust

The many things that I’ve discussed that can kill a guild – bad officers, bad behaviors, lack of a core – all are fundamentally things that eat away at the concept of trust. Bad officers create the feeling that there’s no reason to trust in the guild as an organization, that at any given moment the officers might just decide to smash the guild, kick you out, or change the rules based on nothing more than whims. Bad player behavior makes you not trust the other members of the guild to be companions. No core means you don’t trust the very idea of the guild, that you don’t think it’s going to hang together.

It always starts with subtle things, and they always seem innocuous at the time, because trust is something that is both built and dismantled slowly. You don’t wake up one morning and find out that a new officer has suddenly grabbed control with an iron fist. No, it starts with an officer you didn’t altogether trust when they were a non-officer. Then you see the officers forming a tighter clique. Then you find people out of the clique being pushed back with greater vigor. And then, ultimately, you wind up with players being kicked out of the guild based on whether or not the clique likes them, regardless of what they do or don’t bring to the guild as a whole.

By that point, odds are good you don’t trust the guild any longer. You don’t trust the officers, because they’ve shown you that their primary interest is not in making the guild work but in enriching themselves, possibly at cost to you. And even if that’s not their intention, that’s your perception – the trust, the feeling that you’re all basically in this together, is lost. You don’t readily come back from that. 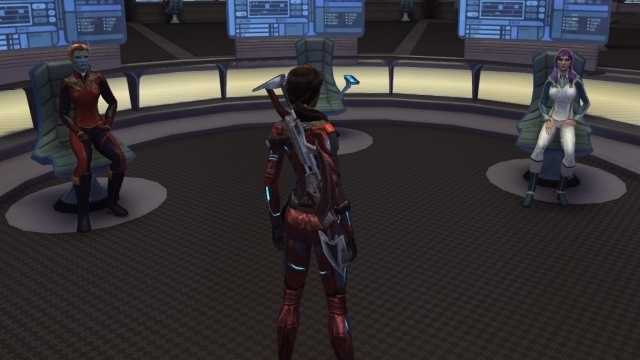 So how do you make sure that trust doesn’t erode? There are three principles to be considered – reliability, transparency, and accountability.

Transparency is a little harder, because at the heart of it lies the idea that everyone should know what’s going on within the guild. This isn’t really ideal at all times; there are discussusions that should involve just officers, for example, in larger guilds. Exposing every bit of your process can also be damaging for competitive groups, too, as other competitive groups will be watching you and possibly pilfering your methods.

But all of those situations are corner cases when compared to the central point of transparency – letting everyone feel like they know what’s going on. Not fostering cliques or secret decisions. Keeping things in the open. And that’s something that can be done far more easily.

If you have to remove someone from the guild, transparency doesn’t mean turning it into an open trial, it means being open about what the officers did and why. It means that when there’s a change, you clearly explain the reasons for said change. Punishments aren’t made public, precisely, but they’re not the result of a shadowy cabal deciding someone’s fate so much as they’re the result of someone breaking clear and obvious rules for the guild’s behavior.

Accountability, last but not least, is the simple matter of emphasizing that officers exist to serve the rest of the guild, not the other way around.  I’ve talked about this before, but it means upholding the idea that officers are appointed not by fiat but by ability and need, and that they can be removed from office or from the guild as a whole if they abuse their power. It’s making sure that while power can corrupt, everyone knows that the power can be taken back, and you serve not by dint of inherent righteousness but by continuing to be a good steward of power.

Feel free to read whatever larger metaphors you want into those statements, that’s on you.

You’ll note that I called trust a currency, and there’s a reason for that – guilds need trust, and yes, they spend it. When you ask the members of the guild to have confidence in your officer meetings, you’re spending trust. Cancel an event, trust is spent. Kick someone out of the guild, trust is spent.  So many things have a cost in trust, especially those moment of shakiness wherein the members are all wondering what happens next.

Trust, as a currency, is gained when members and officers alike feel that transparency, accountability, and reliability are being observed.

As you slowly have to violate those tents here and there, even for good reasons, it gets spent. And the question becomes whether or not those expenditures are blips or whether they’re constant.

When non-officers don’t feel they have a voice any longer, trust is still being spent, but it’s not being earned. That’s where erosion starts to set in. Something has gone wrong, and suddenly everything gets scrutinized, to the point that even a fully justified action feels suspicious. Spend your trust unwisely, and kicking a toxic member out of the guild can be met with suspicion about what that person did and oh no, could I be next?

That worry is always going to be there. But it’s very different when there’s trust banked up there, present for players to feel comfortable and secure. When the shock comes, it will be quickly washed away with a steady air of certainty.

GamerLaunch does not and cannot track trust in numerical values; you don’t get a +5 rating for every guild meeting which goes off smoothly. But it’s something to think about as you both play in guilds and run them. What sort of trust are your actions building?  Is this withdrawing trust or adding to your resources? And perhaps most importantly, is whatever you’re doing worth the cost of trust among guild members?

Because if you thought of trust as something earned and spent, perhaps you’d be more careful about not throwing it away.

One thought on “Guild Guide: The currency of trust”