The last time I talked about feedback, it was all about giving feedback that’s worth getting. The problem is that the best feedback in the world won’t do anything when you’re dealing with officers who don’t actually care about what you have to say. You can outline all of a guild’s problems with aplomb and wit, provide a flawless plan to fix them, and even add in a quick five-minute guide to losing weight and making money while eating cake – if the officers don’t read and internalize it, all of that feedback is immediately worthless.

So let’s look at things from the side of the other half. You’re in charge, you’ve gotten feedback, and it’s quite possibly (let’s even say definitely) on the negative side of things. Your group has some problems. How can you take that feedback and use it as a solid guideline to do better? 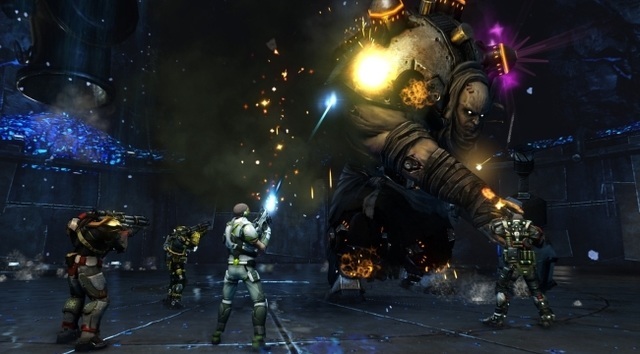 If you are an officer of a guild, your first and foremost goal should be making the guild the best it can be. That may very well be that it’s better off without you steering it anywhere.

No one likes hearing or thinking that. I’m going to go out on a limb and say that absolutely no one pours blood, sweat, and tears into a guild that they don’t care about. You want to be a part of the guild’s successes, not its failures. But if you really want the guild to be in the best possible state, that means you have to be ready to lay down your ego and do what’s best for the group, not just for yourself.

Sometimes, the best thing is for you to leave and/or abdicate your responsibility. Maybe you can’t handle it anymore, maybe there’s a crisis of confidence and none of the members particularly trust the officers any longer, maybe you have personal issues that need to be sorted out first. None of that matters. If you want to be an officer, that means you are also tacitly accepting the idea that you may become superfluous or unnecessary, and you should take that in stride as a sign to step down.

Put more simply – if you were a member rather than an officer, would you feel more confident if you dealt with officers who readily stepped down if needed or with officers who refused to even entertain the idea? Because one sounds like the whole thing is an exercise in fueling egos. 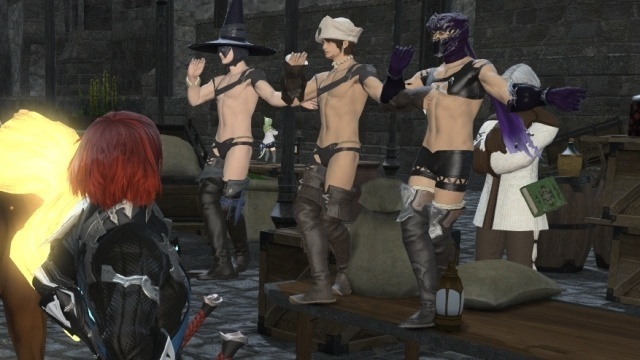 Recognize the role of perception

One of the points I made in the earlier linked column is that feelings matter a bit more than facts, because when there’s a major issue within a guild what matters is what people perceive more than what’s actually happening. Even if the issue that the guild is facing is wholly one of perception, it is still one hundred percent a real issue.

If anything, it makes your job a bit easier. If the main issue is that players don’t feel like the officers actually act upon feedback, you can counter that by doing so. Sorting out events is difficult, arguing over particulars is dicey, but when you’re stuck in a situation wherein people are upset about Action X you just need to make a point of not doing that.

Perception is slow to change, but it it’s fairly straightforward to do, and it can sometimes be changed with nothing more than a single straightforward act. Your job as an officer, in part, is to manage perceptions and provide the players in the group with a steadying hand. If the guild as a whole doesn’t trust the officers, that means trust needs to be re-established, and one of the first steps in doing so is trimming down and managing expectations and perceptions.

In theory, at least, everyone in the guild wants the guild to succeed and do well. It’s important to recognize how much hangs upon the way people look at the guild as a whole and the officers in particular, and how a lack of confidence completely disrupts that process. If there’s a lack of confidence or a major perception issue hanging over the metaphorical collective heads of the guild, no amount of good actions will fix it; similarly, if everyone perceives things as fine, an awful lot of missteps can wind up being handled without a problem. 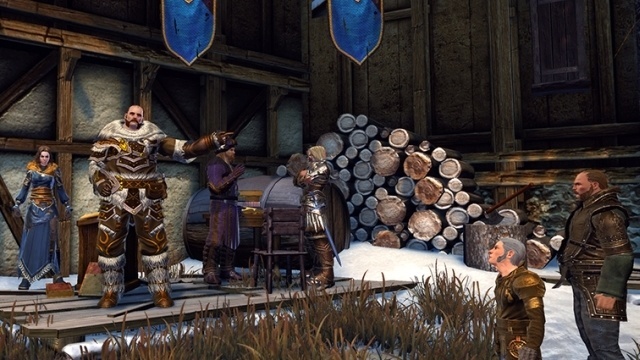 Be wary of absolutes

“We’re definitely not going to do that” is probably the worst possible thing to say when you’re dealing with feedback.

Not all feedback is good feedback. It’s quite possible that the unhappy group in your guild that’s providing feedback wants things that are entirely at odds with the bulk of the guild, or that it’s being based around a group of troublemakers and malcontents who just like to stir the pot. But even then, looking at feedback and just discarding it out of hand is adding fuel to the fire, blithely shutting down any further discussion in favor of the cold certainty of “no way whatsoever.”

Instead, a better option is to discuss the feedback both among the officers and with the guild members specifically. Instead of saying that something is absolutely not going to happen, look at what’s being requested and discuss whether it’s for the best for the guild or not and how many other players feel the same way. If it’s just a handful of malcontents, sometimes you can deflates the issue right then and there.

More to the point, though, whatever way the officers have been using to deal with problems up to this point is apparently not working as intended. You have a methodology in place to handle problems, but it isn’t succeeding in that goal. It’s doing the opposite. Declaring that you’re absolutely not going to do something speaks back to the perception problem, sending the message that even though your approach for dealing with things hasn’t worked thus far, you’ll stick with it just the same and it’ll work eventually.

Or, to be a bit more direct, it speaks to a certain inflexibility that’s as sure a way to shut down the group cohesion as anything else.

It’s difficult to find perfect solutions to any problems, and it’s often complex work when you get a whole lot of negative feedback. As an officer, it’s easy to conflate negativity about how the guild is being handled with negativity about you as a person. But if you’re in charge, your job is to move beyond that and provide useful solutions and a positive environment for the rest of the guild. That means you have to prioritize solid solutions and what the rest of the guild wants over what makes you feel best about your time as an officer.

If you’re more concerned with your feelings than whether or not you’re actually making the guild a better place for players, well, maybe people are right not to trust the officers after all.