There’s a certain point when a guild just isn’t coming back.

I’m not necessarily talking about guilds that have lost a bunch of members in short order. The big question isn’t how many members left but why they left.  One player leaving could be the signal that the slide is beginning, and half of the guild splitting away might not necessarily mean that anything is wrong.  It all depends on whether or not the group itself is healthy.

Thankfully, there are warning signs well before a group actually implodes.  Seeing them doesn’t mean that the guild is going to explode within the next week, but it does mean that something is rotten at the core, something that isn’t going to get fixed.  So keep your eyes peeled if you notice…

Anyone who has been in a romantic relationship for a while knows the argument about nothing.  It blindsides you on an otherwise normal day.  One of you says something about a flavor of ice cream or a song or the color of the house, something completely inconsequential – and next thing you know you’re both saying the nastiest things you can think of about one another, aware in some part of your brain that your partner’s problems cannot all be traced to preferring chocolate ice cream, but certain nonetheless that this flavor preference indicates something.

These happen in guilds, too, and they’re a sign that something is very wrong.  Because if you’re reaching the point where your League of Legends team will start screaming obscenities at one another while talking about the last episode of a television show, it’s not really about the show.  It’s about the fact that the group as a whole can no longer stand one another, and even the slightest nudge will send everyone into a shouting match – because something has to set everyone off.

I don’t need to elaborate on why your group not being able to stand one another isn’t a good thing. It’s time to remove yourself from the situation, because all that awaits you down this road is harsh rejoinders over cereal brands. 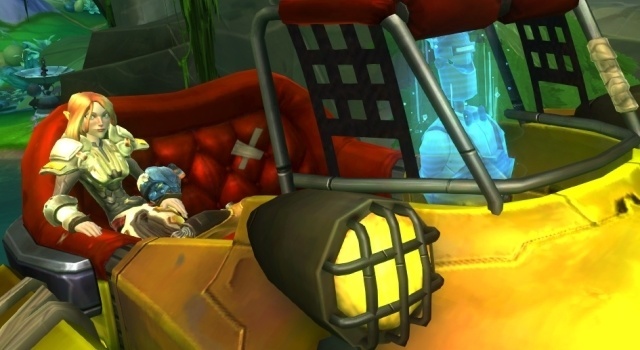 One of the duties of an officer is making sure that people don’t start arguments or create hurt feelings just for the hell of it. So a certain amount of officers stepping in and stopping arguments mid-stream is, in fact, indicative of everything being perfectly healthy in a guild.  But it’s a bad omen when an argument isn’t actually happening, but the discussion still gets shut down.

I’ve seen this happen a few times, and it usually comes down to the officers in question wanting to be seen as right when the rest of the guild disagrees with them. There’s nothing wrong with disagreeing with officers, so long as said disagreement remains civil, polite, and non-argumentative.  It’s when that disagreement turns into name-calling and nastiness that it’s in need of a shutdown.

When officers start getting overzealous with conversational shutdowns, that means they’re more concerned with the appearance of agreement than actual agreement. I shouldn’t need to clarify why this is a bad thing, but just in case: if you can’t actually say an officer is wrong about something in a calm and polite fashion when it doesn’t matter, there’s no reason to believe you can argue your case when it does.

Officer makeups change over time in any game. It’s the nature of the beast.  What’s telling is when a new officer has barely been in the job for a week before another new officer steps into the void – quite possibly the same void that had been filled a week ago.

This is indicative of problems for two possible reasons, both of which lead to bad places. The first possibility is that the rapid shifts are caused by a guildmaster who’s impossible to work with for any extended period of time, which is the equivalent of an otherwise fine bar owned by someone who should not run a bar.  It’s also possible (and equally bad) that the rapid changes are just leaving officers with no ideas about their responsibilities or goals, and the rapid cycling is due leaders to being unprepared for the sudden influx of responsibility.

Either way, the net result is that there’s something wonky going on with the people in charge, and when the people who hold the power – theoretically the ones with the most investment – can’t be convinced to stick around, odds are low that your own presence will be rewarded. 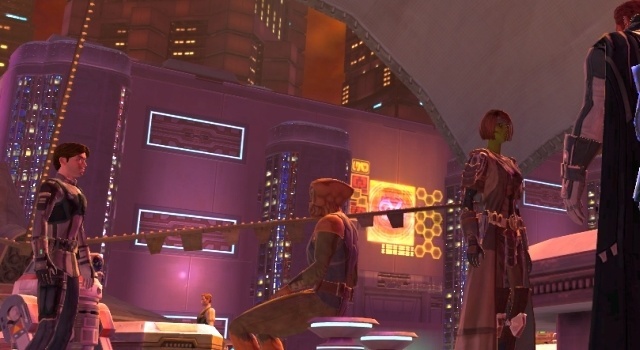 Departures and announcements that don’t mention one another

On Monday, you’re surprised to find that your Counterstrike: Global Offensive group is suddenly down five people.  On Tuesday, a post goes live discussing changes to the group moving forward…while making absolutely no mention of the five people who left.  It’s the sort of thing where you can’t draw an explicit connection between the two, but you know that they’re connected.

There are always things going on behind the scenes of a guild that you aren’t aware of; that’s inevitable.  But there’s a certain point wherein there are things happening that are not only somewhat hidden but are outright denied by leadership, sort of an NSA deal writ large.  That indicates that problems exist, but they’re also being kept out of sight, presumably because the powers that be know you wouldn’t stick around if you knew how serious the problems were.

I’m not saying that every person’s departure from a guild should be met with fanfare, especially since it’s usually over some point of contention.  But when someone leaves and immediately afterwards you get information that’s trying to shut down any future contention, pieces of the puzzle start to fall into place.  That doesn’t mean the people who left are necessarily right, it just means that there’s an approach and a methodology in place that isn’t comfortable.

Technically, a shadow guild isn’t a different guild.  It’s part of the same group, and the people involved have the same overarching group identity.  What’s different is that it feels like an entirely separate group, with its own internal heirarchy and gatherings – like a separate organization that exists within the larger one, despite never being officially acknowledged.

Large enough groups will always form a certain number of smaller organizations therein, cliques and sub-groups of various fashions.  Things become uncomfortable, though, when it feels less like a natural outgrowth of people getting along better with some players than others and more like people banding together to form a guild before the current one detonates.  If you’re inclined toward cynicism, it’s the equivalent of hedging your bets, making sure that if you head off into the wild blue yonder you’ve got people who will be coming with you.

Once you notice these groups forming with greater regularity, it’s indicative that the group might not be officially splitting but everyone wants something different out of the larger structure.  In some ways, it’s a beneficial thing, since everyone gets their own space for different goals, but in a more realistic sense it means that the group has already split up and just isn’t officially acknowledging it yet.  Maybe that isn’t a good reason to jump ship immediately, but it’s good reason to be unsurprised when the whole group evaporates into a puff of smaller units.

It’s up to you to know the signs

Whether or not all of these factors mean that it’s worthwhile to jump ship or try to repair the damage is an exercise for the individual, but when the illness has crept this deep it often means that there may be no saving the whole thing. Remember that all of these are signs of illness, and sometimes that illness is so deep within the guild’s bones that you can’t fix it.  It’s unfortunate, yes, but it’s better to know the signs and save what you can than spend months trying to fix something when the disease has taken root.