I don’t think anyone would contest that.  In fact, I can’t think of a single guild leader or officer whom I’ve ever seen express doubt that guild events are useful or necessary.  Far more often, what I see are complaints by people who are supposedly doing everything right but somehow still wind up with unattended events and things that get rescheduled over and over until they’re finally just cancelled due to lack of interest.

You don’t get any real silver bullets when it comes to issues like this, but there are certainly elements that contribute to whether or not people are going to show up for your next major event.  More often than not, they’re the sort of things that people just plain don’t think about.  So today, let’s take a look at making sure that your events are received with all the excitement you think they’re due, and more importantly that people actually show up like they’re supposed to.

Let me start with a very basic pet peeve: if you list an event as starting at 9 PM Eastern, it should start at 9 PM Eastern.  The time for everyone to get ready to go is before the start time.  If someone can’t manage to be there for a specific time, that’s understandable, but no event should start off with fifteen minutes of waiting for someone to finally roll in.

But knowing your times extends beyond that.  If the event is scheduled to run for a specific timeframe and you’re approaching that limit without being done, you may need to stop and reschedule.  Odds are that at least some of the players involved budgeted their time to cover, well, the stated time period, not any and all add-ons to that timeline that might occur.  This also happens when events don’t start at their listed time, so that’s another reason to make sure that things start when they start, neither before nor after.

You also need to keep the schedules of your members in mind when you’re handling all of this.  It is difficult if not impossible to actually make a schedule that is completely compatible with everyone and leaves no one out, but it is possible to make sure that your event isn’t just leaving out large groups of people for the heck of it. If your clan consists of lots of people who work on the weekend, don’t schedule major events to start at noon on a Saturday; you’re shutting out dedicated members who would like to take part, and if they don’t feel welcome, they’ll just leave.

Your goal is always to make something that as many people as possible can attend.  That means being aware of the times you schedule and making sure to use up the time you’ve been allocated. 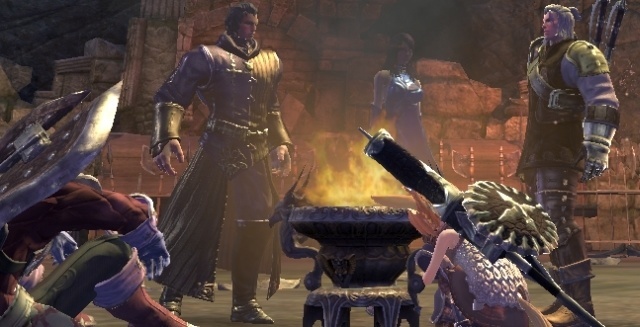 Don’t make it about you

In an MMO, there is always content that you need done that other people don’t.  There are always going to be things that you want that you don’t have.  That’s natural, and it’s totally natural to want the help of others in getting all of that.  But there’s a thin line between “I really want this, can you help me” and “come to this event which is all about getting this thing for me.”

This is the sort of thing that happens a lot when farming for particular items that are unusually rare or trying to get upgrades from specific content – someone will make an event that has a distinct benefit for them, but is actually counterproductive for everyone else.  If you’re trying to get a rare mount, for example, but the whole point of the event is that the organizer gets first pick of that rare mount… well, how many people do you think are going to sign up for that?

For that matter, would you even be running the event if you already had it?

Group events and content need to be focused around play that multiple people can enjoy, not just getting one person what they want in the most efficient fashion possible.  If you’re asking other people to give up their time to help you, then you need to be willing to provide them with something to make them want to help and take part.

Have a specific goal and theme

Let’s say you belong to a group of like-minded League of Legends players, and you have to choose between two events.  The first event is specifically meant to be a chance for players to practice with and against a new character, so the plan is to hold specific matches with one person playing the new character per team and everyone else running old standbys.  The second is just a general gathering to show up and fool around in the game or something.  Which one would you want to attend?

I’m going to guess it’s the former, and there’s a good reason.  The former has something it can accomplish.  The former is an actual event.  The latter is just farting around on the vague premise of structure with no real reason given.

With any event, you want to feel as if your time spent was not completely or even partially wasted.  You want to feel like you accomplished something.  And much like having a focus for your group ensures that you’re all marching in the same direction, having a focus for your event means that you can judge whether or not it’s having an intended purpose.  You’re setting aside a block of time to do something specific, not just whatever you would normally do even if you weren’t attending a specific event. 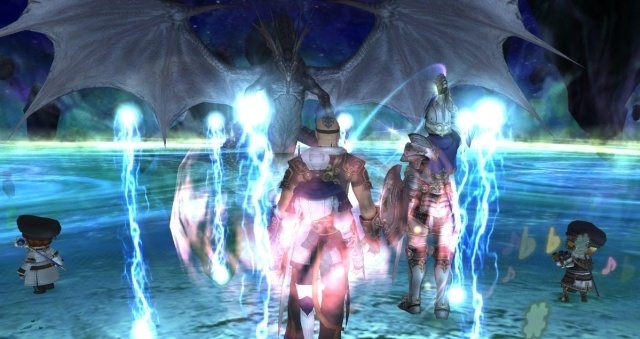 During the most stressful bits of content, it can be a really rough ride to keep players relaxed and happy.  It’s understandable, really; when stuff is going down, it’s going down, and if you’re collectively banging your head against a raid or the like people are going to start getting annoyed.  Or even if you’re just doing something as simple as farming in an MMO and it’s not going well, with few to no drops showing up.

Voice chat can sometimes be particularly useful for this just to keep a jovial atmosphere and to keep people reminded that there’s a bunch of thinking human beings on the other end of the screen.  But it’s more than just that.  It’s about being upbeat and fun to play with, even if things are going bad.  It’s about making people feel like this event is fun rather than a prison that people cannot escape until the time is up.

If you have a successful event in the strictest sense that ends with everyone unhappy at the tone of it, no one will come back for the next one.  But if you have an event that’s technically a failure but keeps everyone happy?  They’ll be willing to try again.

Failure stings less when just being there was a fun ride.