The only big name missing was World of Warcraft, which was scheduled to get its own event!

The event begins with a refresher on Warlords of Draenor complied of its heart-stopping cinematics. Azeroth heroes changed the course of history by standing up against the Iron Horde and later the Burning Legion. But where will that lead them towards next?

You are not prepared for the next expansion!

World of Warcraft: Legion will bring a new threat to Azeroth itself all thanks to Gul’dan.

Even though he wasn’t successful in our timeline, he has finally fulfilled his agreement with the Burning Legion and will unleash hellfire upon the lands.

In this dire new chapter of the Warcraft® saga, the demonic Burning Legion has returned, seeking to call forth their fallen leader—the dark titan Sargeras, Ravager of Worlds. As destruction rains across Azeroth, its heroes must seek salvation among the ruins of the Broken Isles, doomed center of ancient night elf civilization and birthplace of myths dating back to the world’s creation. In the face of hopeless odds, they must learn to master mighty Artifacts—legendary weapons that hold the potential to bring down the corrupted armies of the Legion—and strike an infernal pact with the dread Demon Hunters of the Illidari . . . accursed followers of the infamous Illidan the Betrayer. 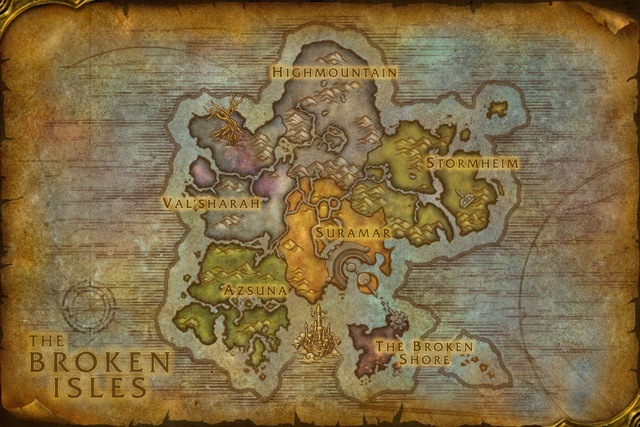 Heroes will need to pursue after Gul’dan to the Broken Isles, a mysterious chain of islands that are all that remain of the once power Kaldorei civilization and the very Tomb of Sargeras.

The Broken Shore will be pre-expansion content where all of Azeroth will bring the very fight to the demonic armies at the tomb itself. This is supposed to be similar in experience and scope to the Assault of the Dark Portal for Warlords of Draenor. Players will be in for a shock before the expansion even officially begins.

Once the initial shock has worn off, players will awaken to a world on fire. They will need help from forgotten artifact weapons and a new class.

To fight the greatest foes, one must wield the greatest weapons in history. There will be 36 different artifacts available in-game–one for each specialization. The journey to acquire these legendary weapons will start along the Broken Shore and will drop along with the player.

Consider these weapons as an extension of power that can grow through earned artifact power. This artifact power can be spent to unlock certain traits that benefit spec and playstyle. And they’re customizable in appearance while still maintaining the original iconic forms.

Since Druids don’t get to show off their weapons in their forms, they will actually get customizable new forms. More on those later.

With the world in chaos, Alliance and Horde will once again be at one another’s throats, and it will be up to the players to leader through this crisis.

Yes, Warcraft players are now considered the true leaders in the wake of this new conflict. Each class will need to band together to face this existential threat with Class Orders.

Instead of raising an army to face against the might of the Legion, players will now have Order Halls. These will be the bases of operation for each entire class and have Champion followers to join the cause.

This is an evolved form the Draenor system. There will be fewer followers, but they’ll be more meaningful. It will be more like a war council or a round table and will require more world interaction than Garrisons had for Warlords. 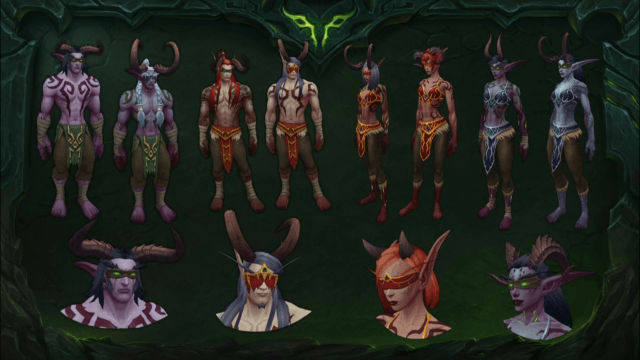 The Demon Hunters will be a new hero class that is designed to start similarly to Death Knights. They will see the story of the Illidari thru the eyes of Illidan himself and experience the suicide mission to break into the Vault of the Wardens.

The class itself will only have two specializations available: Havoc (DPS) and Vengeance (Tank). Demon Hunters will embrace the monster within themselves and metamorphosis into demonic forms to enhance their powers.

Dungeons have been on the wayside as far as replayability since the removal of Justice Points. During Warlords, there was very little reason to return to them once players had ventured into raids. And Blizzard has learned from their mistakes.

Already, there will be more dungeons available at launch for Legion. These include:

One thing the development team did like was breaking down the starting raids for a new expansion into two encounters. Legion will have one raid release a few weeks after the launch and a second one later in the patch.

The Emerald Dream will be under threat once again from Xavius and the Emerald Nightmare. There will be 7 bosses as players pursue after Cenarius to defend the heart of Azeroth.

The Suramar Palace is home to a twisted version of the Well of Eternity call the Nightwell. It will house 10 bosses and include the final showdown against Gul’dan himself. 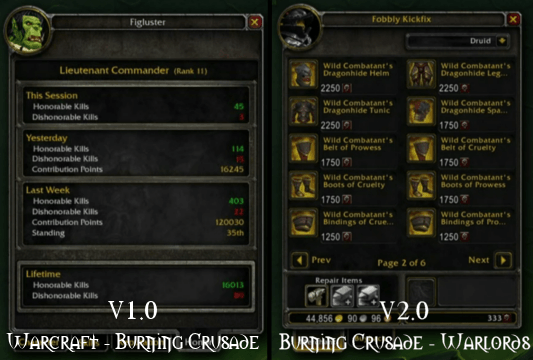 This is the third installment change to the PvP Honor System for World of Warcraft. The current format is more of a point system that is tied up with gear. The better the gear, the more powerful a player is in a PvP setting. 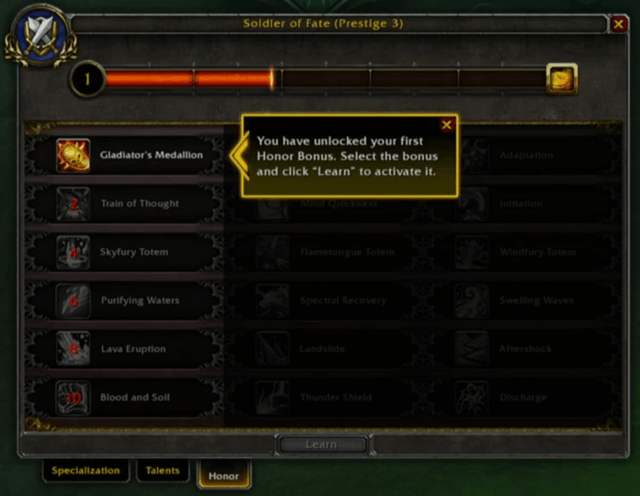 The new system will now actually be a talent system. As players progress through the honor ranks, players will unlock a new talent system. Each class will have it’s own talent tree option similar to PvE talents. Players will only need to reach Honor Level 50 to max out their options available.

To stay up to date on the latest World of Warcraft: Legion news, check out the official website, sign-up for beta, and stay tuned!