Guild leadership takes a lot of work and can be rough at times, no matter who you are. If your guild is a smaller, casual friends and family type guild, you may be called on to solve personal issues and deal with general drama. If you’re running a larger guild — one that takes raiding, PvP or some other aspect of the game seriously, you may find it’s a bit more like running a business.

And like most businesses, it generally seems that more guilds (especially larger ones) are run by men. 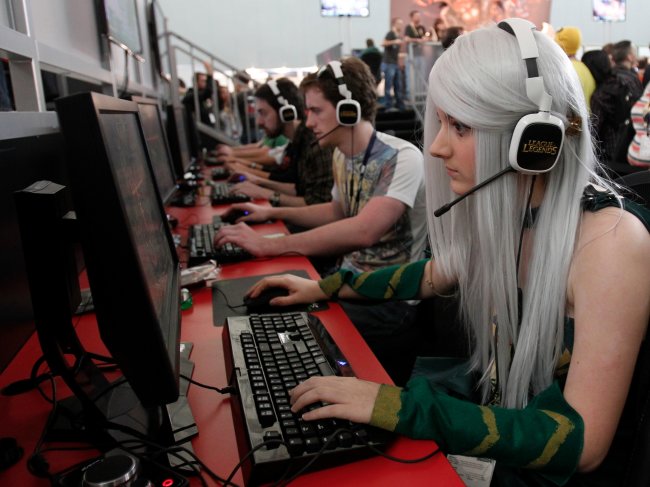 Earlier this month, Twitter investor Chris Sacca made news when he told an audience at a business conference that he prefers working with women-led companies. According to Sacca, “Companies run by women are nicer to visit… discussions are more patient;  there’s less drama.”

For years, a common idea among MMO players was that adding women to a guild, much less having them run one resulted in drama; an idea in complete opposition to Sacca’s thoughts on business. If you poke around on MMO forums, you’ll find plenty of discussions on this topic… some started by women in order to get a feel for how players in their game might react to them being in a position of authority. Reading through the threads can be pretty interesting (and the responses will vary by game), but most of them seem to concentrate on what a woman who decides to run a guild may be in for, rather than what (if any) impact having a female guild leader versus a male leader might have on someone who joins the guild.

It would seem, logically, that gender shouldn’t play into this at all — if for no other reason than that unless we tell each other, no one knows what our gender, race or any of our other socially defining characteristics are to begin with. However, as most guilds do use voice chat, sooner or later everyone’s going to figure at least one of those out.

The real question here — for you as a player — is this: Will the gender of your guild leadership make any difference to you as a member? Should you take it into account when deciding what guilds to join? Does Chris Sacca’s ideas on women-led businesses carry over to MMOs, or is traditional MMO player concensus correct?

As someone who’s been in guilds with both male and female leadership, I think I can shed some light on this (with the assistance of some of those forum threads I mentioned earlier.) My first guild (mining corporation, actually) in EVE Online was female led. I remember very little drama or problems in this particular group — which is somewhat unusual for EVE — and we all worked together efficiently. In later games, I was a member of mostly male-run guilds. My Aion guild was an almost all-male, PvP-centric group. In fact, I was the only female in the guild. Again, we worked together efficiently and got things done.

The primary difference I’d note between the two groups is that while there was joking around and kidding in both, there was more of it in my Aion group (and it tended to get a bit dirtier). This went for any other group that was more male-led. Guilds that have both men and women as leaders seemed to operate more like the female guilds in this area; likely in deference to the women.

For my experience, the biggest key to finding the right guild shouldn’t take into account the gender of the leaders, but rather how well they communicate and how much respect they have for each other and you. It’s an idea that’s backed up by veteran guild leaders like Tarshana on the RIFT forums:

I’ll give you some honest, open advice from a leader of a couple guilds over the last 7+ years.

However, there are instances where a player might feel they’ll just be more comfortable with a guild primarily composed of one gender over the other. If that is the case for you, it’s fine. But, in general when researching a guild you’re thinking about joining, look for qualities of respect, communication and a general sense of fun. Otherwise, it’s not going to matter if the leaders are men or women.

Unless you have experienced some sort of trauma, or have something else that absolutely keeps you from interacting with the opposite gender; I highly suggest you take the other three factors into account and look for a mixed guild. After all, both male and female guild leaders tend to work their tails off to create fun and respectable guilds that players will want to be a part of. That’s the important thing.