There are always going to be new players coming into online games more or less as long as they exist. And let’s assume, for just a moment, that you’re one of them. It could even be a totally accurate assumption, in which case: Hi, new player! Welcome to a new way to play games, it’s pretty fun.

If you’ve been playing an MMORPG, or quite possibly one of the many other online games out there, you’ve probably heard about guilds or seen some talk about guilds. Most games contain a brief tutorial about the mechanics involved, but they’re not really good at giving you a picture of what guilds are meant to do. So here’s a handbook for new players looking for and joining a guild for the very first time.

What is a guild?

In simple terms, a guild is a group of players who have decided to all work together for a common goal. Most often, this takes one of two forms: the guild either focuses on the content experience or the social experience. Which sort of guild you want to be a part of is going to be very important, even though most guilds at least have an element of both.

Guilds that focus on the content experience are primarily about banding together to take on difficult dungeons, raids or other content that might otherwise be hard to assemble a group for. This is the sort of group to join if your primary focus is in seeing the really difficult stuff that the game has to offer and climbing in power. The exact nature of groups will, of course, depend highly upon your personal game of choice; in games like World of Warcraft you frequently find groups devoted to raiding and PvP progress, and these days, you may well have groups dedicated to Mythic challenge runs.

A guild focused on the social experience is concerned, first and foremost, with gathering people into a social circle so that everyone feels comfortable and happy. This can involve guilds facilitating interactions that might otherwise be challenging, such as roleplaying or shared social gatherings; it can also include making it easier to find new friends and work together. Social experiences vary widely, and there are many guilds that are “loose” social guilds with little real structure to them.

Of course, most guilds of reasonable size will have more going on than just one activity; even social guilds, for example, will often have people who run dungeons together. The difference is simply focus. If you want to primarily meet new people, the social guild is a good fit for you; if you want to primarily run dungeons, the social guild is a poor fit for you, because those dungeon runs aren’t assured by any stretch of the imagination.

How do I find a good guild?

There are several ways! The best way, of course, is knowing a member. If you’ve met someone who’s a part of The Happy Hour Harvestmen, for example, you can know right away if that’s a guild you want to join. Presumably, if your friend is a part of the guild, the guild shares at least enough values that they’re worth a look.

But what if you and your friends are all devoid of a guild? A good places to look for guilds to join are on the game’s official forums. Games with official discussion areas like World of Warcraft frequently have people advertising their guilds, often with the space and opportunity to provide more useful information than you’ll see in an in-game advertisement.

As a rule of thumb, avoid guilds that randomly invite you. These are guilds that want members so much that they’re shortcutting the process of determining whether or not they want you in the guild

Of course, in-game advertisements and tools are good ways to find out about guilds you might otherwise not be aware of. It’s often a good idea to combine the previous method and this one; you can sometimes miss guilds that might be of interest t you by only using one method, as some guilds might not want to advertise in-game but will happily put out a call on the forums (and vice versa).

The last option is to ask the larger community; asking in general chat channels in your game of choice can often give you an idea, and I’ve seen several times when guild officers or members will happily tell someone about their guilds even though they weren’t specifically advertising.

Of course, some of the “general community” answers won’t be terribly useful; a lot of players will offer recommendations either by reputation or by personal preference (“you want a social guild with an emphasis on creating a safe space? Try this hardcore progression guild with a racist name!”) rather than offering useful advice.

As a rule of thumb, avoid guilds that randomly invite you. These are guilds that want members so much that they’re shortcutting the process of determining whether or not they want you in the guild; you’re wanted as a live body and little else. That’s not ideal.

How do I apply and join a guild?

Every guild has a different process, but generally speaking, it will always involve some degree of getting to know you. Usually, the guild will have an application of some sort that you’ll need to fill out; there will also usually be an interview, although depending on the guild it might be involved or perfunctory. Your goal will be to portray yourself as a desirable member while figuring out whether or not this guild will be a good fit for you.

Once you’ve joined the guild, you’ll want to make a point of being the best member you can possibly be. This is often easier said than done; sometimes guilds will have:

Your officers should give you a good idea about how to contribute to the guild, however, as well as what you can be doing to be a better guild member.

Assuming that you do like the guild, you can help shape the character of the group and either take a big part in its ongoing victories or even eventually become an officer. If this is your first guild, you should think very carefully about whether or not you want to be an officer, as it’s a big responsibility that can require a lot of experience.

Don’t be afraid to turn down the position if you don’t feel that you’re ready; a good guild gives you space to expand and improve without requiring you to take up burdens you aren’t ready for.

Of course, after you’ve joined a few guilds, it’ll all seem like old hat. But you have to get that experience before it can be old hat, so get out there and join your first guild. Or your first several guilds. Heck, eventually maybe it’ll be time for you to just start your own altogether; stranger things have happened.

Our sister site, GameSkinny, just released their first eBook and we want to give you a free copy!

It’s all about how experienced games journalists write about gaming. In the eBook, you’ll learn the tricks of the trade with lessons and exercises written by our own editors. Our guide will teach you everything you need to know to get writing! 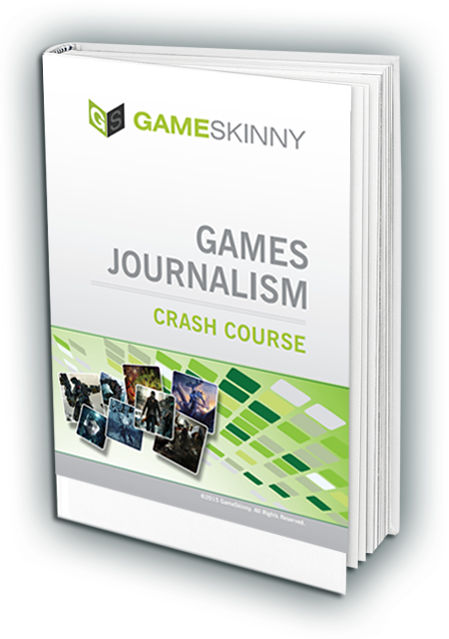 You’ll just need to enter your name and email, and it’s all yours!

Get your FREE copy!

Let us know what you think with #GSWriters!