We’ll replace the pose. We want *everyone* to feel strong and heroic in our community. The last thing we want to do is make someone feel uncomfortable, under-appreciated or misrepresented.

Apologies and we’ll continue to try to do better.

The initiating thread called the pose into question, stating that it was oversexualized and not appropriate for children. Of course, not everyone agrees with this sentiment — while some do, and even before Kaplan stepped in, there was a great deal of debate in the thread. However, it wasn’t until after Kaplan announced the switch that things simply blew up.

Fans accused Blizzard of catering to a single person, rolling over at a single complaint and censoring something that really didn’t need it. Kaplan later returned in the same thread and stated that he and the other members of the Overwatch development team had been discussing that particular pose internally for a while and ultimately decided to remove it due to the team just not feeling that it fit Tracer’s personality. Unfortunately for the team, many fans view this as an attempt to save face on the matter and to not appear as though they were catering to the whim of a single player. 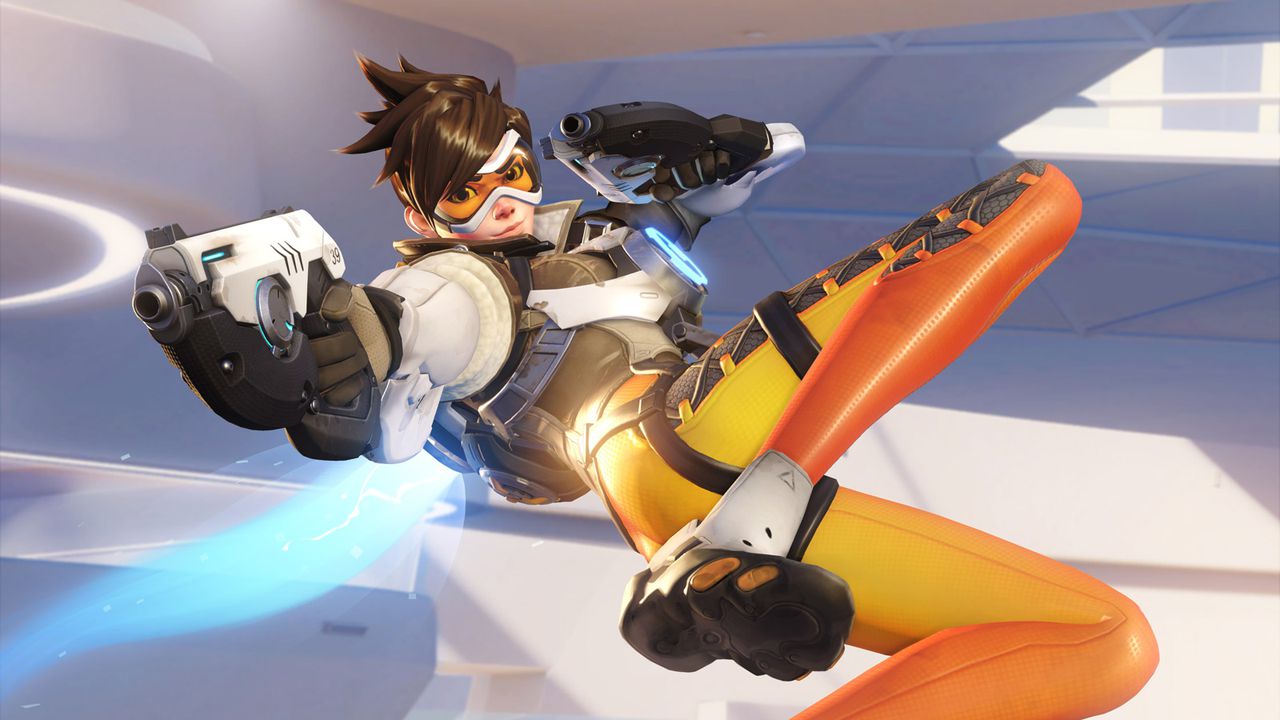 We’ll make no judgements here as to whether or not this is the case. It’s difficult to know what Blizzard’s discussions on this topic have been like without being in the room. Needless to say… We haven’t been in the room. However, what can be said is that whether this is how the process actually went or not, Kaplan electing to announce the change by responding in the thread — and the nature of his response made it pretty easy for fans to interpret as an acquiescence to the desires of a small group of players.

Many players spoke out against the action, including Blizzard spokesperson and voice actress Michelle Morrow. She, like others, viewed the post as just another aspect of the character’s base personality.

I am completely AGAINST removing the Tracer pose in @PlayOverwatch. Install maturity filters. Don’t censor. Cigars & guns = worse than butts

Another individual who weighed in on the topic was a mother who feels that the removal of the pose marginalizes individuals like herself who don’t’ necessarily feel sexy in real life but find a bit of that for themselves in video game characters.

Today, I feel like my voice no longer matters to Blizzard. Today, I feel like I was told that I have to give up confident and sexy poses to cater to a small minority, very annoying voice in the gaming industry.

The real issue for many players, however, was just that the move was so abrupt and happened without any dialog between Blizzard and the Overwatch fanbase, causing many to feel slighted. Now, granted, even with an open discussion, some players would still be upset with this decision — even if the discussion involved a poll in which the majority involved agreed with the pose’s removal. Some people are just contrary to be contrary. The fact is that no company can make everyone happy. Nor should they try.

However, they should try to avoid appearing biased — which is what happened here. Blizzard tries very hard to be the good guys and do the right thing. Sometimes what looks like the right thing on the surface is actually the worst thing to do. In this case — attempting to make someone not feel uncomfortable — they may have done the wrong thing. The result has been mixed at best, and has resulted in others feeling unimportant to the dialog. Moreover, they felt censored.

The overall question among these players is to wonder why they should lose something they enjoy because one person complained about it. It’s a fair question. It’s also fair to ask if there couldn’t have been some other solution. Overwatch allows players to choose the victory pose for their heroes. Could that have not been a solution to the problem? It seems simple enough, right? If a player doesn’t like the pose, they can turn it off and pick one they enjoy.

The real truth here is that, no… Blizzard isn’t actually censoring anyone. Kaplan is right. It’s their art, their game and in the end their decision. However, with a game that relies on a community to survive, it’s at least worth making the attempt to hear all players out before making a decision that they might feel impacts them. Or… if nothing else… they should have refrained from attaching that decision to any particular discussion on the topic. Chances are, that if Kaplan hadn’t commented at all and the pose was quietly removed down the line… no one would have even noticed.